Mr Mueck At His Weird and Wonderful Best!

Today signalled a return to the corporate gravy train for many of us and to compound my misery I was informed that Ron Mueck’s latest exhibition of life like human sculptures, is no longer showing in Paris. I know what you’re thinking, life is just a shit isn’t it! I’ve been meaning to get to one of this guys exhibitions for a couple of years now but life just kept getting in the way, or this is what I’m now telling myself as justification for completely missing the boat here.

If you aren’t aware of this chaps creations, then you need to be! Mueck is an exceptionally talented Australian Sculptor who started out his career in children’s television as a model maker and puppeteer. He is also known for performing the famous voiceover for the odd, gurning beast like thing ‘Ludo’ in Jim Henson’s 80’s hit ‘Labyrinth’. Following his work with Henson, Mueck moved to London in the 90’s to set up his own studio, which initially saw him working for advertising clientele. However, his real passion lies in creating realistic, life size human sculptures. You will see from the of images below that his attention to detail is quite mind blowing.

Mueck made a real name for himself in 1996, by creating his 3/4 scale sculpture ‘Dead Dad’, in this stand out piece of work, Mueck actually used strands of his own hair in the creation of the model. Since this point forward he’s gone onto to produce some hyper-realistic and often sinister life sized models that highlight the mans dedication to his craft. Every hair and blemish on the face of each piece is laboriously completed by hand and it would be something really special to witness his creations up close.

Despite Mueck’s studio being based in London, opportunities to see his exhibitions in Europe have been limited over recent years. His most recent exhibition was on show at the ‘Fondation Cartier Pour l’art Contemporain’ in Paris up until October 2013, with the same work currently showing in Buenos Aires until March and then moving onto Rio de Janeiro until June this year (not exactly a weekend jaunt for me!). If anyone is aware of any showcase of Mueck’s work (old or new) close to the UK, please feel free to comment and share below.

I’m under no illusions that some of his creations certainly won’t be everyones cup of tea. However, you cannot deny Mueck’s undoubted talent and his desire to create perfection! 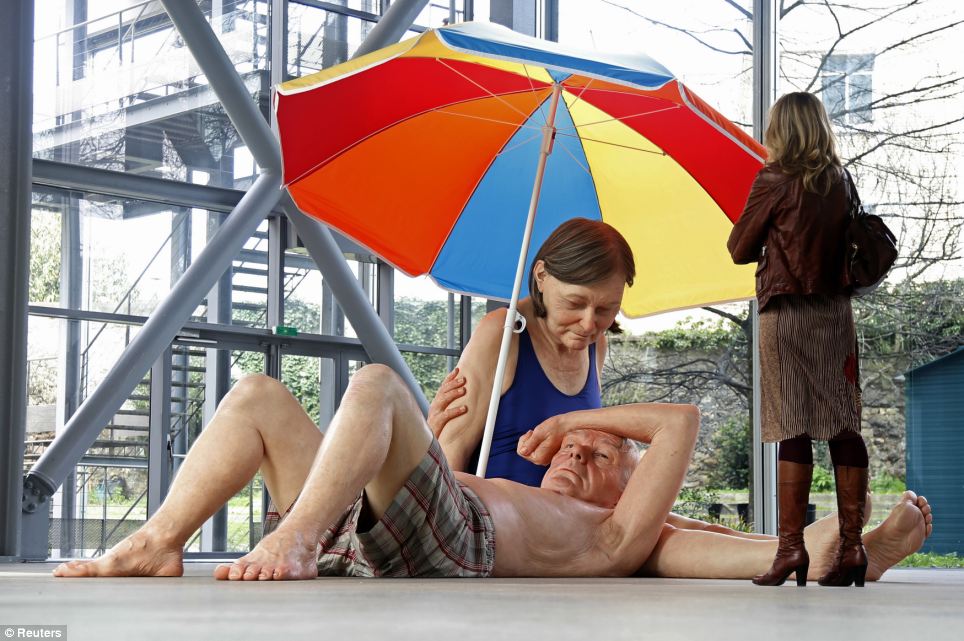 Ron Mueck – Couple under an Umbrella 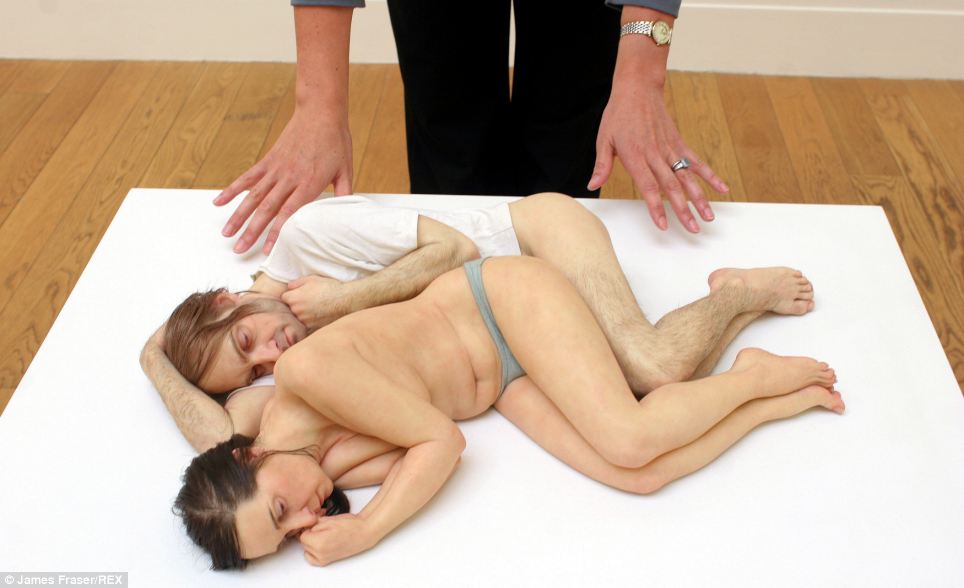 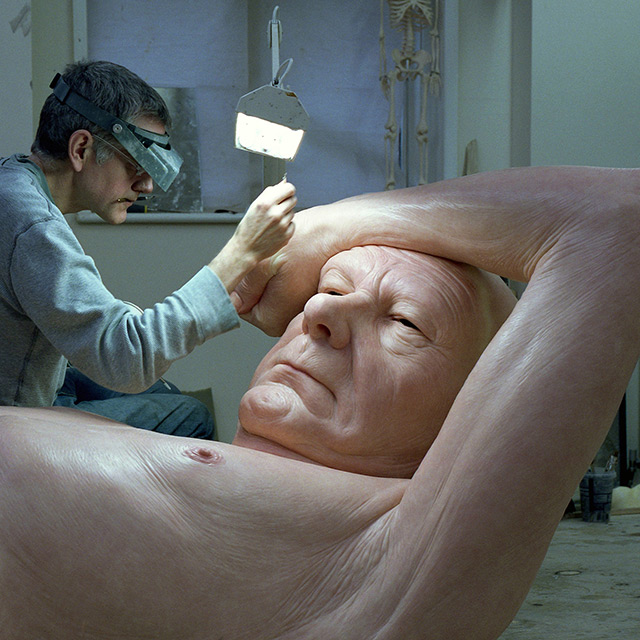 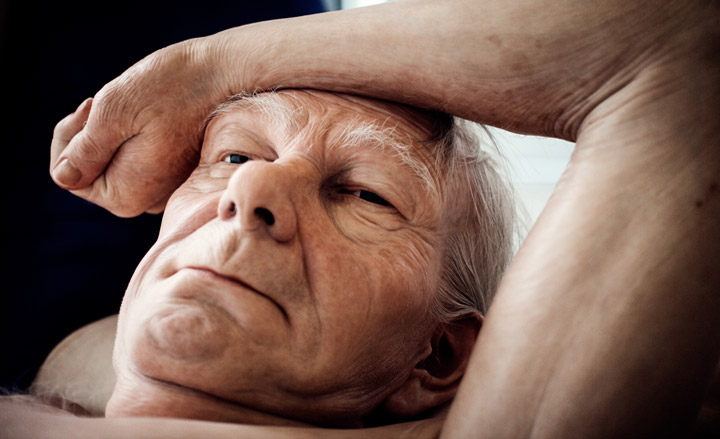 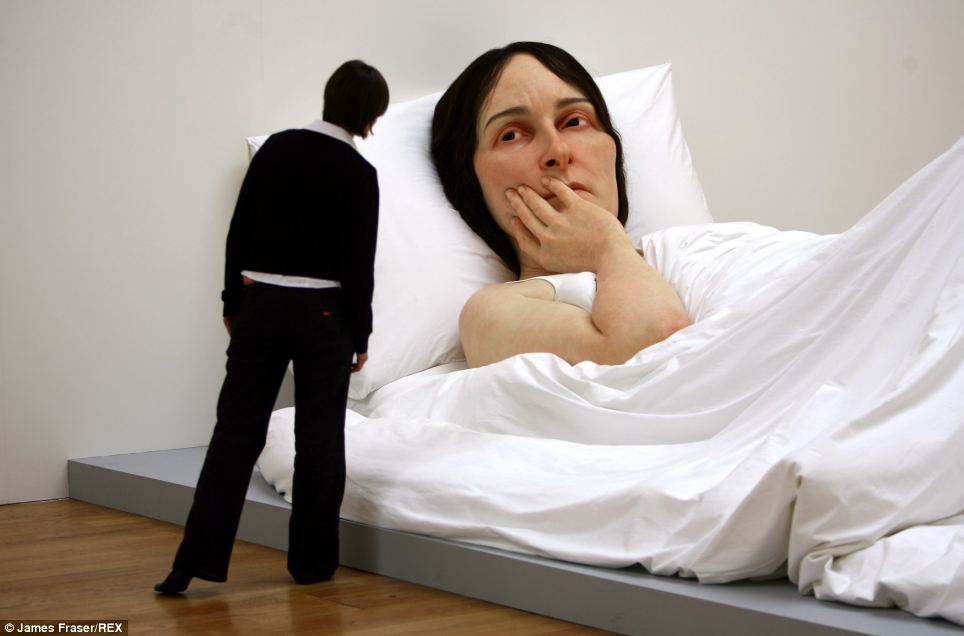 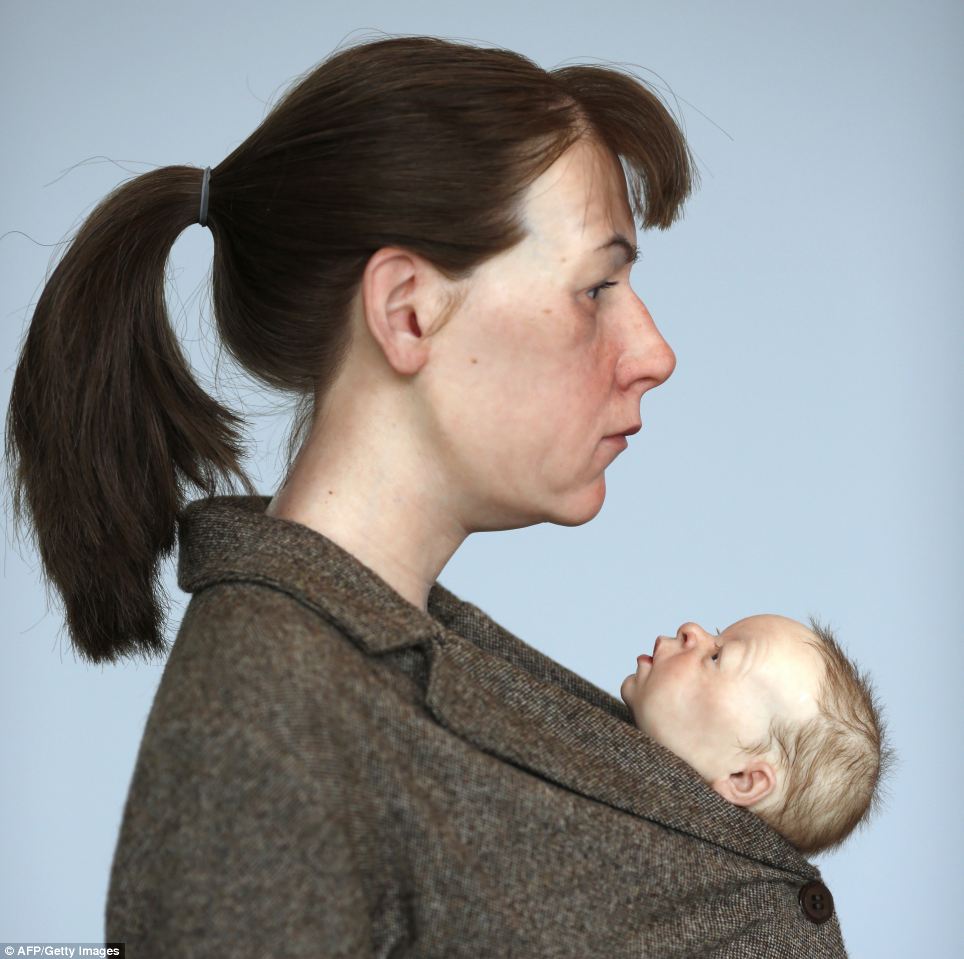 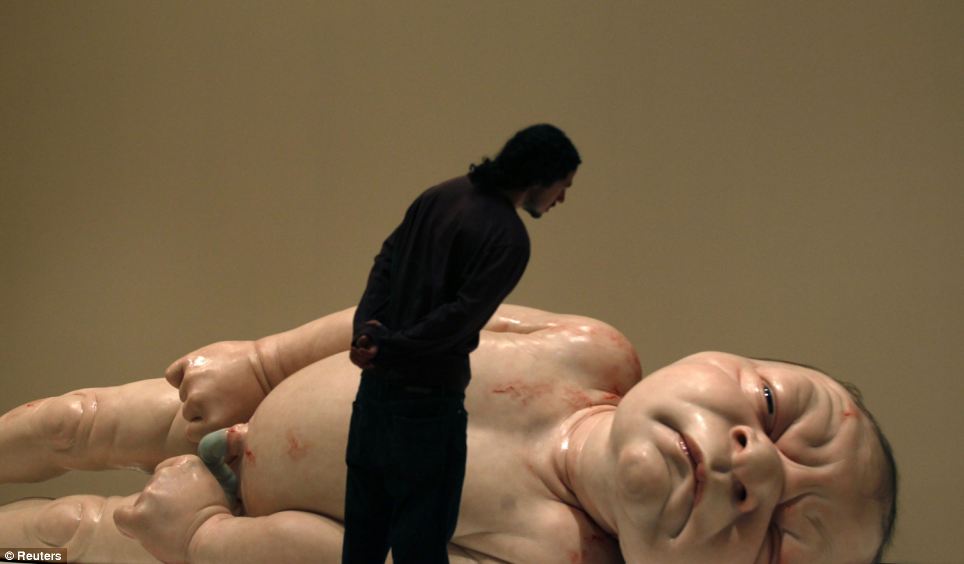