Did anyone watch the French Open women’s final the other week? If you did, you will have be subjected to 3 hours of incessent groaning from Miss Sharapova. Yes she may be easy on the eye, but a harpooned whale in the final moments life would have made less racket. Amateur dramatics aside though, she aint half bad a Tennis.

With the ATP heavyweights ensuring they’ve DAZ’d their whites ready for the start of Wimbledon today, many of the big sneaker brands have taken the opportunity to bring out a range of footwear/apparel to coincide with the start of the tournament.

This year Adidas Originals have released their exclusive ‘tournament edition’ sneakers, celebrating the lives and legacies of key figures in the world of Adidas tennis. The tournament edition showcases standout releases from the brands extensive back catalogue, including; Rod Laver, Forest Hills and Ilie Nastase.

The four piece collection all come with white leather upper and feature a limited edition purple, green and gold canvass heel-tab as a tribute to the SW19 slam. My pick is the Natase Master 1976 Tennis Shoe, which features the famous 3-strip grey suede overlay down the side, gum midsole, tonal laces and branding on the tongue. Adidas have also recruited services of illustrator and graphic designer Peter O’Toole who’s created some nice ‘All-England Club’ themed artwork, based on vintage Transport for London posters.

So, get yourself down to the park courts, shift those white lightning bottles and have a scrap with the kids using the net as a goal.

At least you’ll look the part though. Get them all over at Size HERE 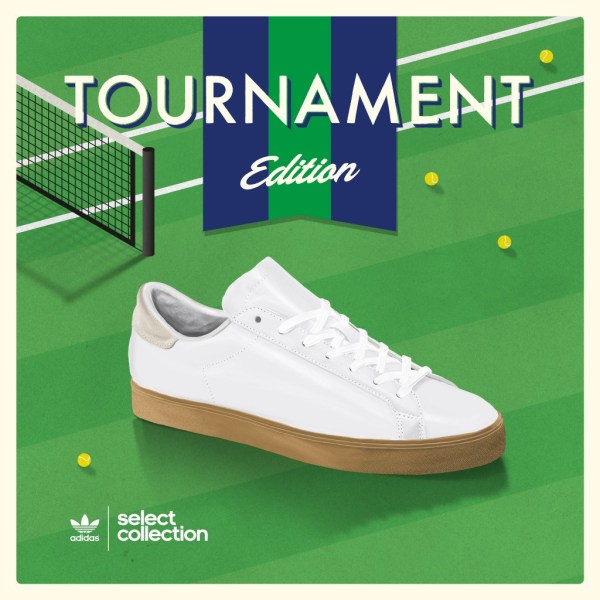 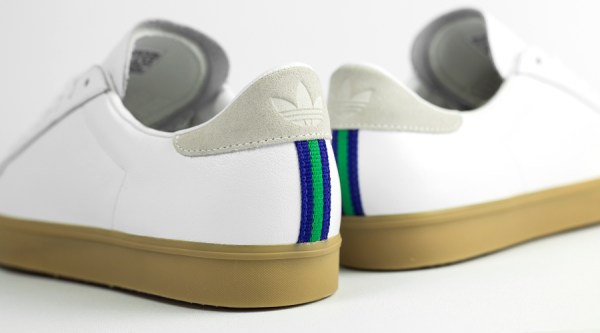 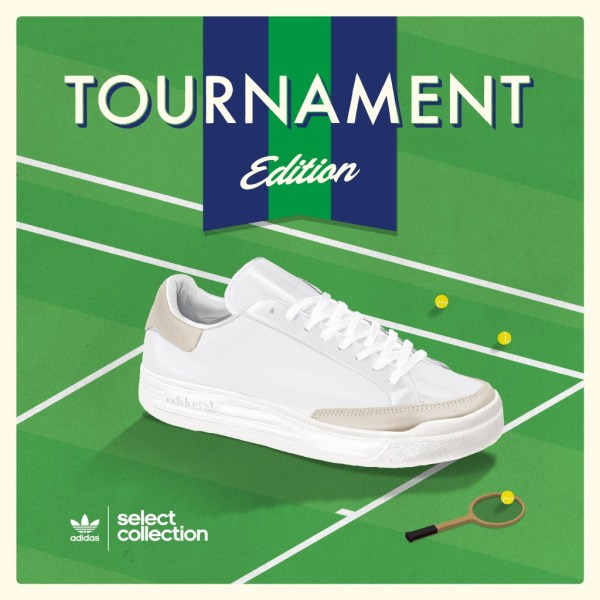 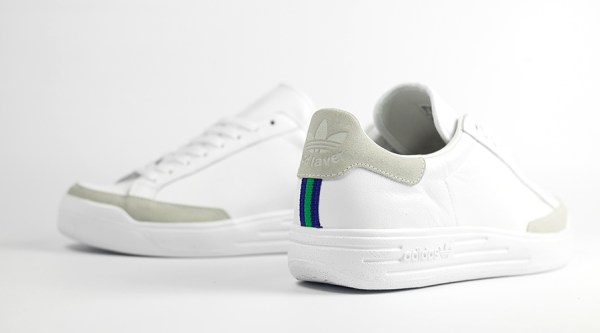 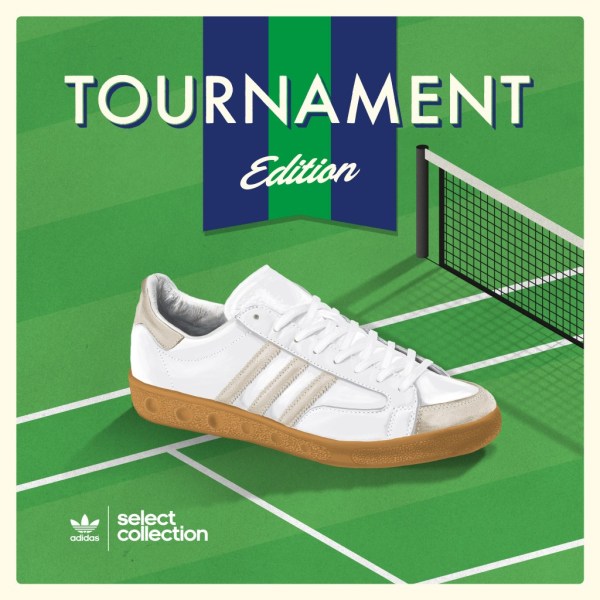 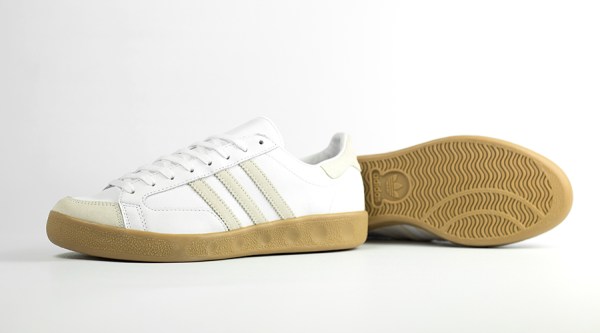 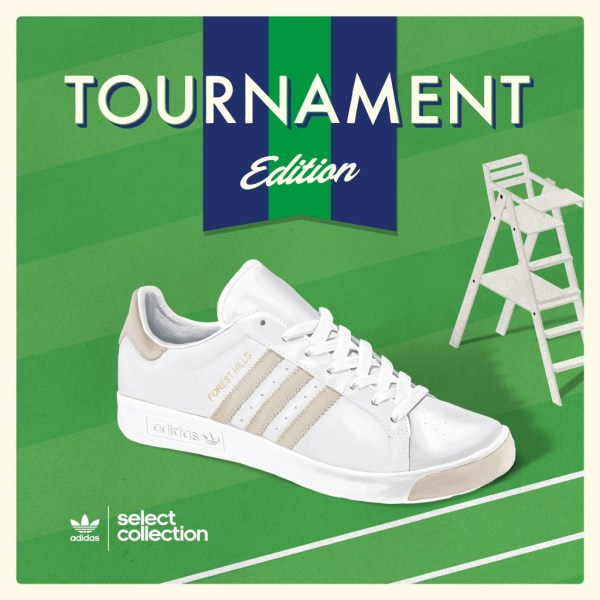 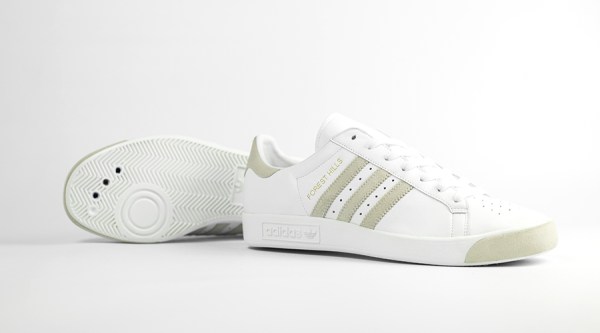