One of our favourite North East independents and Sunderland menswear institution, Aphrodite 1994 celebrated it’s 20th year in business a few weeks back (no mean feat), and owners Andy & Duncan kindly invited us to join them along with a host of regular suppliers and customers for an proper in-store knees up.

Now if the pull of free booze and decent clobber wasn’t enough, the birthday shindig coincided with the unveiling of Aphrodite’s highly anticipated store extension, which I must to say looks fantastic and features a denim wall to give the likes of Leeds’ Accent a run for it’s money.

To further commemorate this impressive milestone they’ve teamed up with an number of with iconic heritage brands including Grenson, Barbour, Paul Smith & Oliver Spencer to commission a range of limited edition 20th anniversary pieces.

During my visit I managed to grab a few minutes with co-owner Andy McKenzie to chat Yardie Cardies, milk rounds and menswear.

Pete @ Thinking Chap: Andy, thanks for inviting us along and congratulations on reaching 20 years in business, what do you think has been the key to the stores longevity?

Andy Mckenzie @ Aphrodite: A lot of hard work. At the start there was just me and Duncan on the shop floor and now we’ve built that up to 25 members of staff.  I think we’ve also took a fair amount of criticism on board over the years, we were knocking on every brands door from day one and getting a fair few knock backs because we didn’t have the right portfolio of brands in store at that time. But we’ve kept plugging away each year to finally get the brands we want and this Winter season see’s us have the strongest portfolio to date.

I think we also see young kids coming into the store and buying the likes of Pretty Green or Fred Perry and we realise they’re the future of our business. As they get older and have more disposable income their objective will be to buy those bigger ticket items. I suppose we try to educated them into our store.

TC: The new extension looks spot on, how did it come about?

AM: Basically there was a Jewellers and a Barbers next door and we had a freehold on the two properties. We’ve traded from the first floor since day one and it had always been our objective to take to the space back as it gives the store more appeal when you see a double shop front. What we’ve found now we’ve opened up the ground floor up is that it’s much more eye-catching when you walk past. You walk in now and it’s more airy, it just feels like the complete package really.

TC: I’m impressed with your new denim wall, what was the inspiration behind this?

AM: I think a lot of fashion retail stores probably don’t push their denim as well as they could. We’ve got some really strong denim brands, and don’t get me wrong we felt we had a good denim wall before, but as the business has grown over the years the denim wall wasn’t as big as we’d have liked it to be. We also felt by having each style free-standing or hanging, it’s much easier for customers to see wash of the denim whether it be rinse wash, raw, selvedge and so on. The response so far has been excellent. 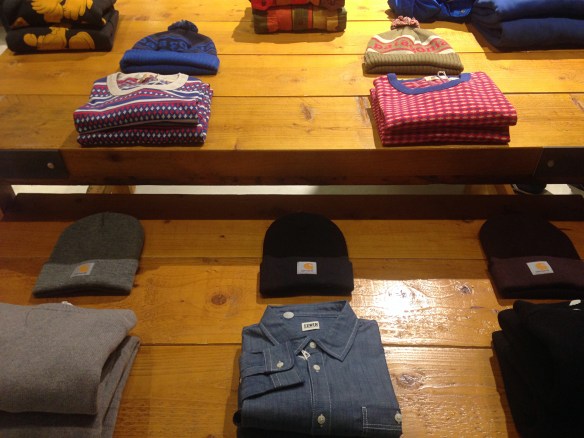 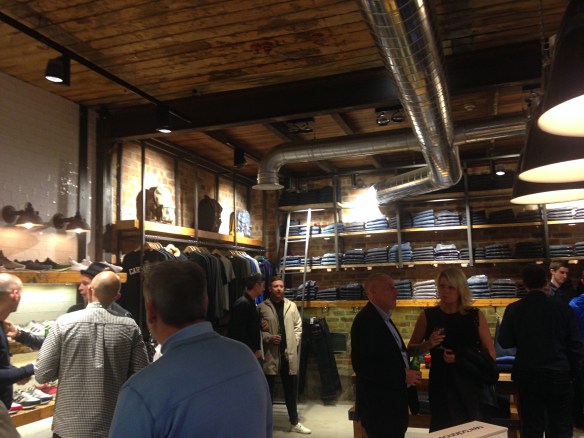 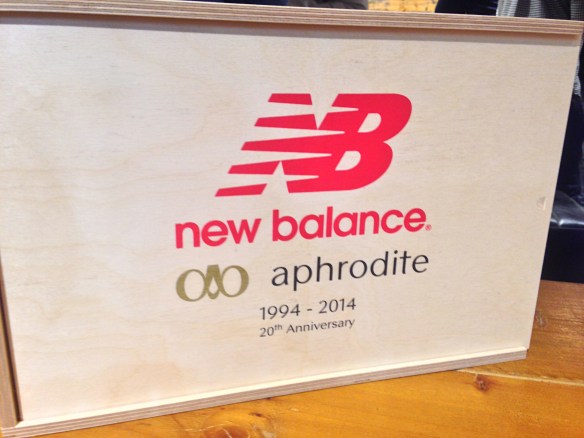 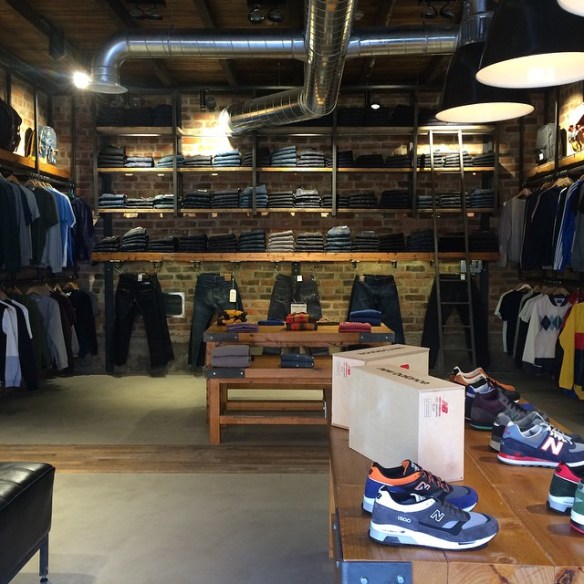 AM: The Response has been superb, the Barbour Ashby Jacket has gone down really well and Grenson have been reposting our instagram pictures of the shoe and the reaction has been fantastic. They’re all one-off pieces and everyone has really bought into what we’ve done. 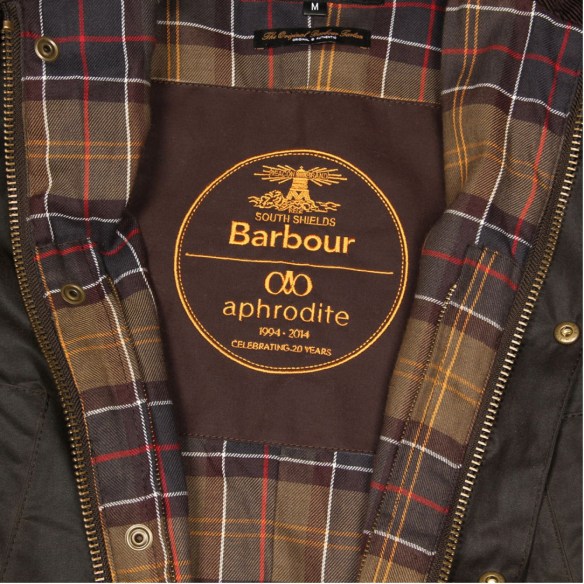 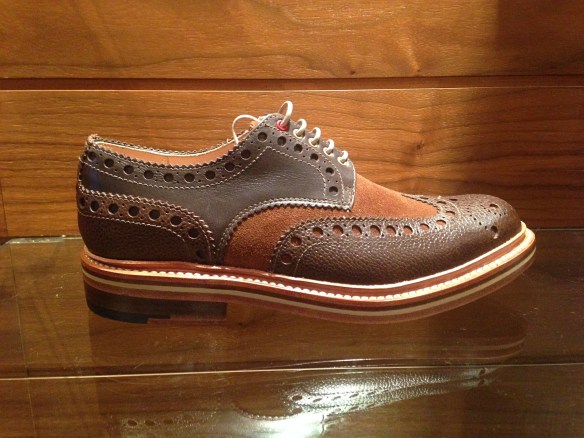 TC: In terms of this season’s stock, what brands are you excited about?

AM: New for this season is Diemme and we took the Yuketen’s which are fantastic shoes, don’t get me wrong they’re not cheap, but when you look how they’ve been made they’re just a shoe that will last you for years. Our Legacy is back on board, the Canada Goose Jackets are new and Carhartt is doing really well on the ground floor. For next spring we’ve got MA.Strum coming in which sits alongside Stone Island & CP Company, then we’re also excited to have Norse Projects on board who we’ve been chasing for around 5 years.

TC: Probably a hard question Andy, but what’s your most treasured item of clothing?

Me and Duncan used to be massive Duffer fans back in the day, you know when it was cool. It was a brand we had so much respect for and we used to do a load of business with them. They used to do the Yardie Cardie’s with the suede running them, they were just such cool tops and something the market’s crying out for now.

TC: What did you do before Aphrodite?

AM: I was a milkman actually, I enjoyed it apart from the early mornings. Back then we worked for our Dad’s waste management business. We would be down the yard at 7 in the morning on a saturday shifting bags of coal, It was a good way to learn the value of money. 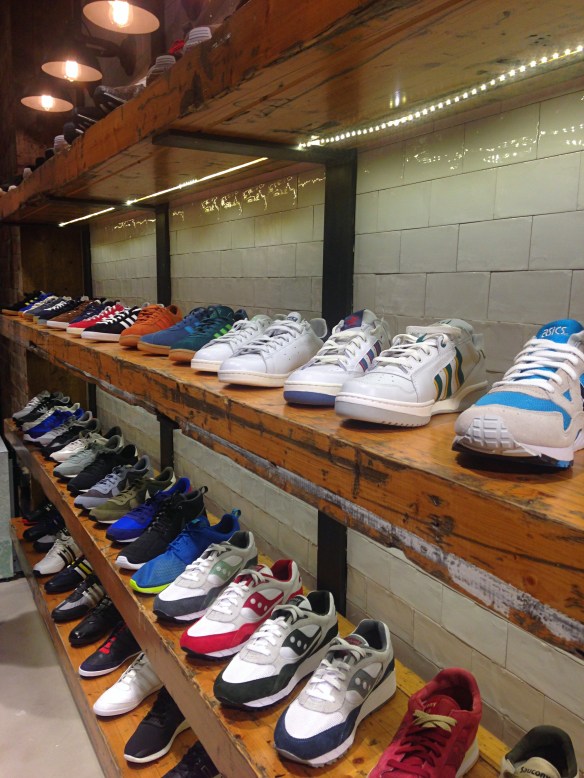 TC: And was clothing always your passion?

Yeah, we used to get washed and changed at the yard on a Saturday lunchtime and get the train through to Newcastle, we’d go to the old the american vintage shop ‘Flip’. Then we’d go to a shop over the road which sold old band posters and other music stuff, then we’d go to a coffee shop called Walkers and sit there with our Perrier waters thinking we were cool as anything. We would always go up to High Bridge which was littered with cool shops. As we got older and learned to drive we’d head off to Middlesbrough and Leeds. I think the store was us trying to do something on our doorstep and in our hometown. 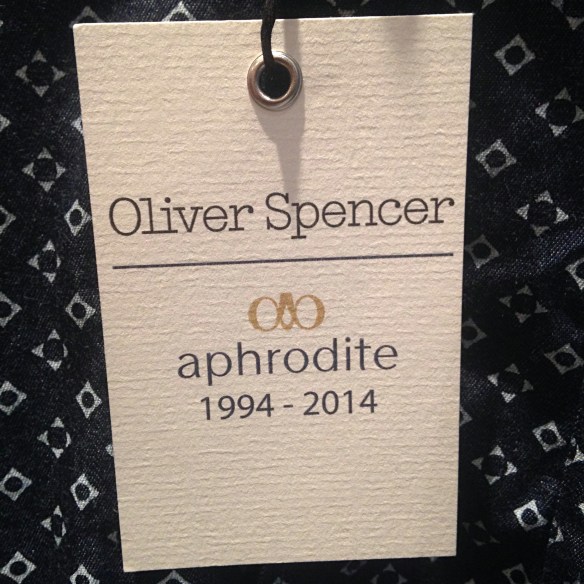 TC: Finally, who do you rate as the most decorated person you’ve had in-store?

AM: One person who’s followed our progress over the years is Gino Da Prato. Gino is one of the Directors of Four Marketing Agency and when we opened 20 years ago he was at a company called GFT who used to have the likes of Valentino, Stone Island, Armani. He’s someone who has seen every stage of our development from when we first opened to where we are now. He’s very highly respected within the industry and it’s testament to the guy that he’s travelled all the way from Paris to celebrate our anniversary.

Also, they’re a friendly lot so if you’re in the area, drop in, have a chat and check out the new look store for yourself.

AW14 Sale at The Great Divide