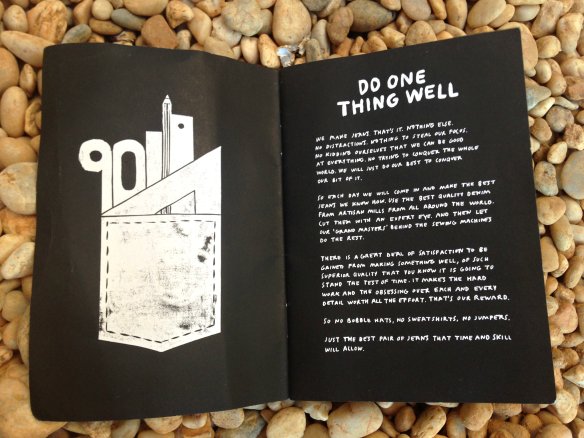 If you cast your mind back to last August you may recall a post I published regarding my first Hiut Denim purchase. And as accentuated at the time of writing, Hiut were a brand that had begun to appeal to me for a number of reasons. Some tenable, some not so …

Firstly, and probably most importantly some knowledgeable people informed me that apparently Hiut Denim have a bit of a reputation for making decent jeans and 8 months into owning a pair I would be hard pushed to disagree.

Secondly, they manufacture all their denim in Wales. I like Wales. And my girlfriend’s from Wales, which seemed a plausible enough reason to buy them.

Finally, they have an ethos/moto/mission or whatever you want to call it that’s well worth aspiring too:

‘Do one thing well’

I for one consistently fail at doing one thing well. I like to think I do one thing well, but tend to find myself attempting to do multiple things, none of them very well. Hiut on the other hand seem to have cracked it when it comes to delivering on their promise. They stick to what they know. Manufacturing great denim!

Back to my pair of 12oz organics, and I’ve been at quandary as to whether to give them a first soak for over 6 weeks now. In the denim book I received along with the jeans it advises leaving at least 6 months before washing. However, it also states that the longer you leave them the better they will look. With me having no patience whatsoever for this kind of stuff and the fact they were starting to whiff a bit, I felt 8 months was a fair compromise.

Here’s the before and after evidence. 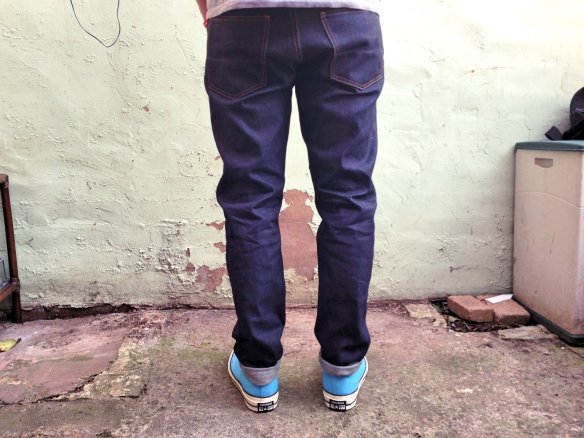 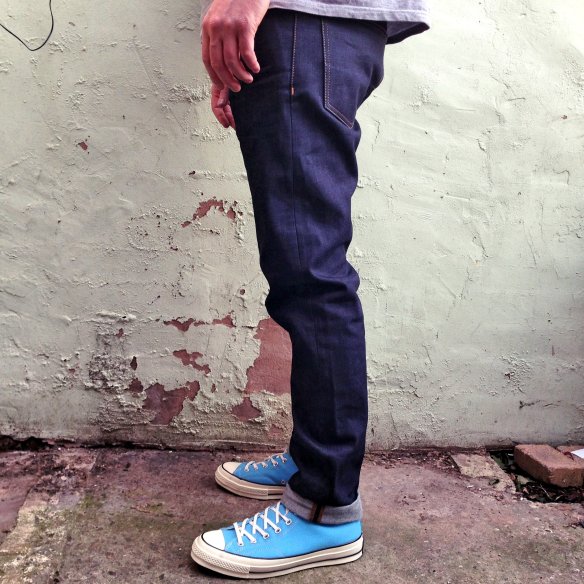 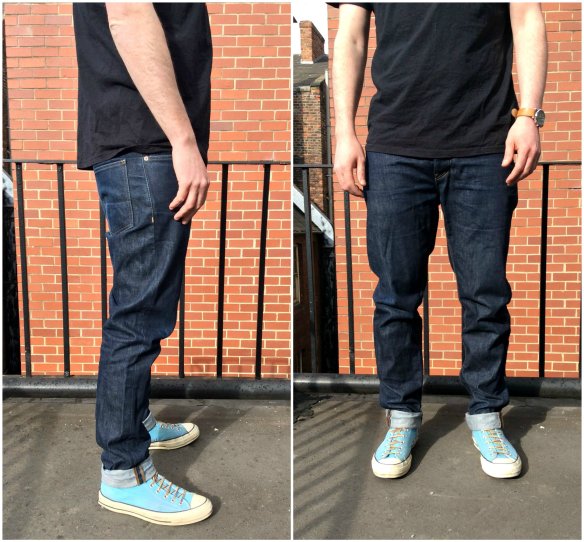 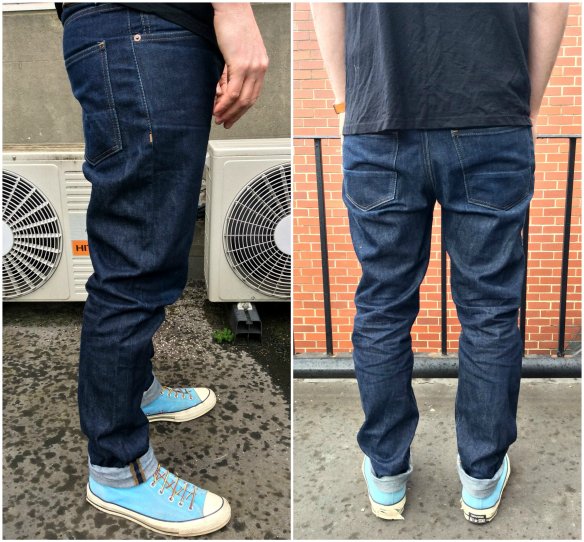 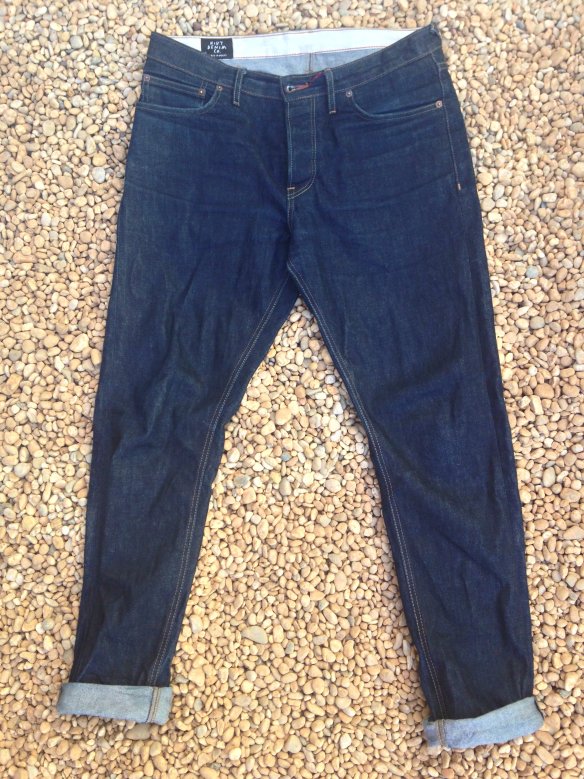 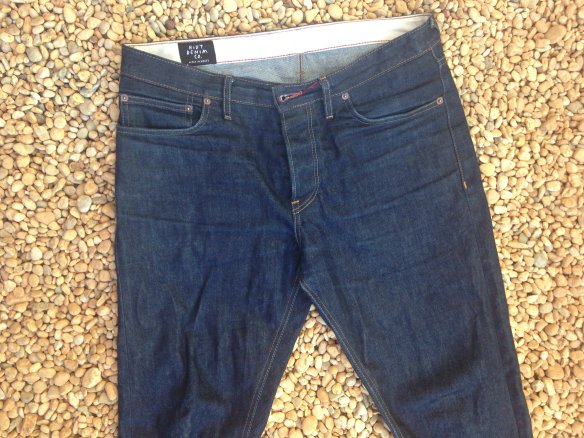 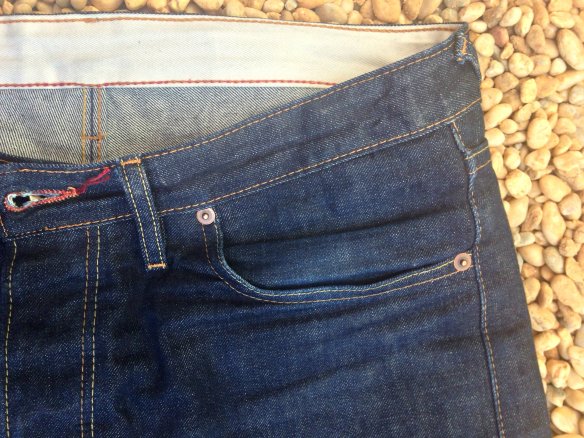 Adhering to Hiut’s strict rules and regulations, my jeans were washed separately, inside out, and on a cold machine hand-wash. They were then line dried over a period of 24 hours.

So did they actually look any different post wash?

Well the moment of truth can only be likened to that of opening your presents on Christmas morning only to find your nan has bought you the same gift she got you last year. In layman’s terms … anticlimactic!

I’m not sure what I was expecting, but upon first wash the jeans didn’t appear to look much different. Yes the indigo dye had washed away a little around the creases in the front pockets, crotch and knee-pits, but other than that not much had changed. Had I not left enough time before washing? Damn my brat-ish impatience!

However, since writing the above I’ve worn my organics on three occasions and it appears all is not lost. I’m starting to see the indigo fade in the natural crease points creating an uneven worn look. Here’s hoping excessive wear and another 6 month washing hiatus will have them looking like something the late Fred Dibnah might have worn while atop a sundry of steam powered contraptions.

The one bit of advice I would give to anyone investing in a pair of Hiut’s (or any raw denim for that matter) is that good things really do come to those who wait, and wait, and … wait!

Swedish Shirts from Our Legacy